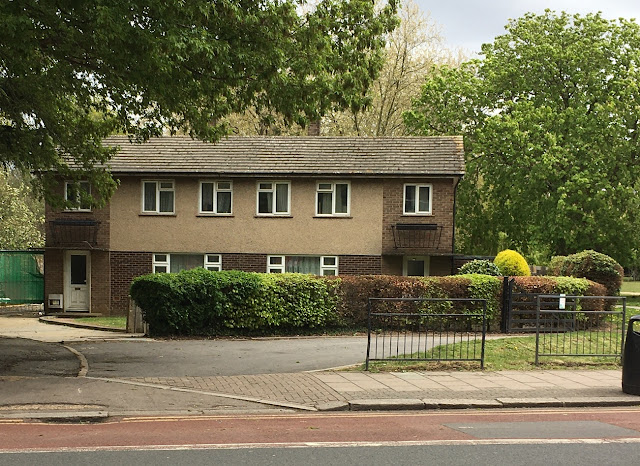 The houses that could still be redeveloped

Sometimes comments are received on Wembley Matters stories some time after they have been published and I thought these two were worh publishing in their own right. They are reactions to the news that the Brent Cabinet, in the guise of their sole membership of the Barham Park Trust Committee, agreed to  a proposal to investigate the removal of the covenant on  776/778 Harrow Road so that development could take place LINK.


I have found that there is a recording of the  Barham Park Trust Committee meeting on Brent's "livestreaming", which you can watch HERE:

I have watched it, and one of the most sensible things I heard said was a brief suggestion from Cllr Harbi Farah, asking if arrangements could be made for the committee members to visit Barham Park, and be shown round, and have the issues explained to them. [My observation: so that they might have some idea of what they were talking about!]

The main point that the members seemed to pick up on over the restrictive covenant was that their decision to let Officers negotiate over it was not a final one. Any recommendation to possibly amend it would have to come back to the Trust Committee for a decision.

Whether it was wise to even start on that road, because the restrictive covenant had been put in place to protect the park, was not considered.

The only reference to that aspect was Cllr. Butt saying that the Trust had to consider all options. This appeared to be on the basis that some money to fund the park could be raised by allowing a loosening of the restrictive covenant.

How much the process of actually trying to change the restrictive covenant would cost (whether "successful" or not), was not referred to in the Officer's Report, or by the Council Officers who advised the committee at the meeting. That question was not raised by Cllr. Butt, or any other members.

The terms of a restrictive covenant over 776/778 Harrow Road would not (legally) be a material consideration in any future planning application (although that wasn't mentioned either).

However, I can't imagine the current owner, or any other prospective developer, being willing to pay a significant sum to the Trust to get the terms of the restrictive covenant changed, if there wasn't a "side deal" over Brent Council being willing to accept a planning application that matched what the weakened covenant would allow them to build.

The Barham Park Trust Committee, now chaired by the Council Leader himself, have stepped onto a slippery slope. It could see them sliding down into conflict with the local community, and with the wishes of the benefactor who left his Sudbury Park estate for the benefit of the people of Wembley.

From the way the Trust Meeting was conducted it is clear that there was a pre meeting where they had detailed discussions and where they made their decisions in advance - in ignorance of all the facts.

The suggestion by one Trustee that they should inspect the buildings gives a clue as to how little they know. Anyone with any common sense would recognise that the site meeting should of course have taken before the decision making Trust meeting so that they could make decisions (rather than put them off) especially as the Trustees only meet once a year.

In terms of the issue of building on the Park and the covenant the comment by one of the Sudbury Councillors (at around 39 minutes into the recording) was also revealing of what residents can expect - he suggested that the two houses were outside of the Park. This is clearly NOT true.

The Covenant was put in place by Labour Councillors in 2011 when they made the decision to complete the sale of the two houses. One obvious question which should have been asked but was not was "why did we put the Covenant in place in the first place and why are we considering changing it just 10 years later?" The answer is simple - there was a recognition at the time that the houses should not have been there in the first place and that any enlargement or expansion should NOT be considered or allowed.

The two houses were built by Brent Council without permission some 50 years ago. For years the Council treated the Park and its buildings as its own forgetting their Charity obligations.

No one bothered to ask why the buildings were allowed to get into such a poor state of disrepair. The answer might have shocked them - as in 2011 the Trust paid £2,500 for a detailed condition survey into the state of the old buildings - some of which date back to 1780s - and yet 10 years later most of the priority repairs identified have still not been carried out.

Now we are also told that ACAVA, the tenant which Brent Council itself brought into most of the building after Labour Councillors closed the Council run Barham Library in 2011, in preference to Brent based organisations, have not paid their rent for almost 2 years and owed £76,000 as at 31 March 2021 - and presumably even more some 5 months later.

Brent Council does not bother to inform or consult local people about anything. There is no information about the closed Children Centre for example. It is hardly surprising that local residents feel ignored and have no confidence or trust in the Councillors in charge.

When I challenged and raised my concerns with the Brent Council's Chief Executive about the way the Council and its appointed Trustees were handling issues relating to the Park and its neglected buildings she told me that she would not discuss the issue any further. That is how Open Government works in Brent these days.

It is clearly down to local people to keep fighting for their Park. Our thanks need to go to Philip Grant for highlighting the issue, for Martin for publishing so as not to let Brent Councillors get away with things without proper scrutiny.

It is time for the residents who use this park and value it to show how they feel at the ballot box next year. If Butt and Co thought they were going to lose the local wards of Wembley Central, Alperton, Sudbury, Northwick Park and Preston over this, perhaps they might change their mind.

One word for this Council...DICTATORSHIP !