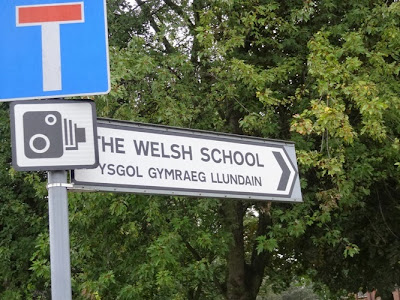 Ysgol Gymraeg Llundain (London Welsh School) has occupied the site since 2000 after its move from a Welsh Chapel in Willesden.

Now there are concerns about its future following the Brent Council Executive's approval of plans to expand Stonebridge Primary School, sell off its current Annex for housing and reconfigure Stonebridge Adventure Playground and the adjacent open space. 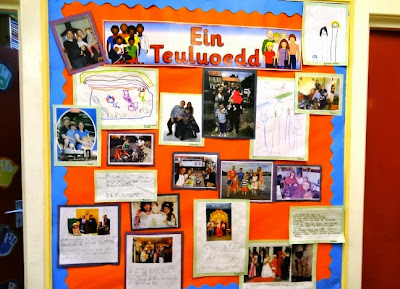 The school is a Welsh village school in the heart of London. Although the Executive report said that the number of pupils  was 'well below the maximum of 30' there are in fact 36 full-time statutory age children  attending and 41 if you include the nursery.

The school receives a grant from the Welsh Government and charges fees of £800 a term. However parents' ability to pay is means tested and the Chair of the Board of directors, Eleri Brady said they 'pay what they can afford to pay and we never refuse a place to a child'. The school has to find the difference and is involved in lots of fund raising. An earlier application to become a free school in  order to secure the school's future was not approved. 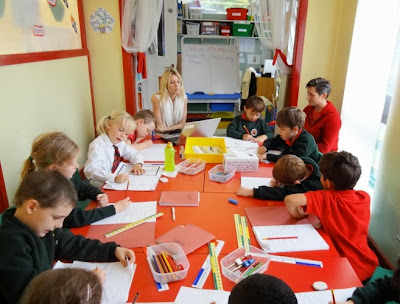 At present the premises are leased from Stonebridge Primary and the arrangement goes back to a period when Stonebridge was a one form entry in a cavernous building. The council report says that the arrangement needs to be 'regularised', and the lease 'put on a commercial footing or terminated'.

A commercial rent or termination would see the school looking for new premises or ending its existence although there is a ray of hope in the report where it states the council should 'carefully consider any impact on the Welsh language community' going forward. Certainly there is a determination on the part of the Chair of the Board of Directors to keep the school open: 'We want to keep it special'. 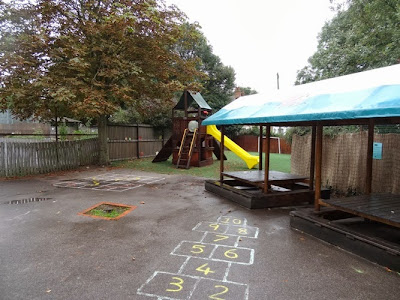 The bilingual school follows the Welsh curriculum and the children do not take SATs tests, although the school does follow theEarly Years and Foundation Stage curriculum. 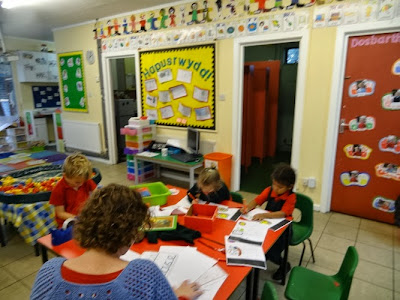 When I visited today the atmosphere was relaxed but purposeful with very positive relationships between children and between children and teachers. The headteacher Julie Sullivan described how the children developed confidence quickly in the school with everyone from Nursery to Year 6 able to participate in presentations and productions because of the low numbers involved.  The school is regularly visited by the Welsh media and children participate in the annual St David's Day Service Chapel of St Mary Undercroft in the Palace of Westminster.

Parents choose the school because they wanted to preserve their children's Welsh language and cultural identity and often because are were only working in London for a few years and want to ensure the continuity of the child's education. About half the children go on to an English secondary school and the others return to Wales for a Welsh secondary education as there is no equivalent Welsh secondary school in London. The children are drawn from across London by some families move closer i9n order to attend the school.

Clearly there are pressures on school places that have to be addressed but it would be a pity if the London Welsh School became a casualty of regeneration in a similar way to the fate of the much missed Willesden Bookshop. Cllr Pavey, lead member for children and families, referred at the Executive meeting to Cllr Crane's description of him supporting the Welsh School as an eccentricity. Crane is the lead member for regeneration and major projects. It would be a terrible pity if a place so unique were to disappear when the bulldozers move in and I hope a means will be found to help it survive.

Alongside the proposal for the Welsh School are plans for the Stonebridge Adventure Playground.  Presently run by the Brent Play Association, a charity of which I am one of the trustees, the report points to the possibility of reorganisation and resiting. At the Executive meeting Cllr George Crane spoke of the ' need to consult further and review the management and operation of the playground'. The Adventure Playground was funded by the Big Lottery and recently campaigned to maintain its council funding.

The report mentions the possibility of the Adventure Playground being used by Stonebridge Primary School during the day and the community after school and at weekends.

Neither the Welsh School nor the Adventure Playground seem to know much about what is planned for them so it is important that there is a full and transparent consultation about their future.