Call for action on air pollution at local, national and European level 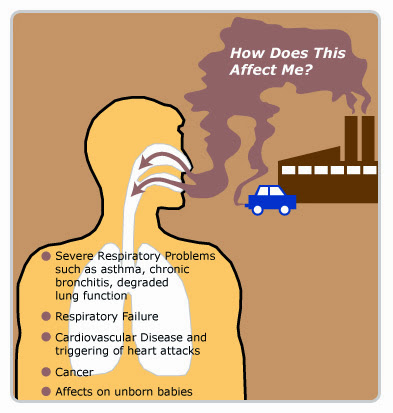 A Green member of the European Parliament has called for increased urgency in the fight for clean air after the World Health Organization (WHO) labelled polluted air as carcinogenic.

The International Agency for Research on Cancer (IARC), part of the WHO, pointed to data confirming that 223,000 deaths from lung cancer worldwide in 2010 resulted from air pollution. [1]

Air pollution, which is primarily caused by emissions from vehicles, has already been linked to other lung problems as well as heart failure and premature death. In the UK alone 29,000 people every year die because of air pollution. [2]

Despite air pollution’s impact on people’s health the UK Government has been accused of trying to water down European laws which could reduce the levels of the noxious fumes in the air. [3]

Keith Taylor, the Green Party’s MEP for the South East of England and a leading campaigner for clean air, said:


The evidence from the WHO suggests that the risk from air pollution is similar to that from second hand tobacco smoke. Surely then we should expect controls on air pollution from transport similar in strength to those brought in to protect the public from passive smoking. With this new evidence being published it's clear that failing to act on the air pollution problem would be utterly unforgivable.

Try as it might the UK Government can no longer pretend that the air pollution problem can be ignored, not when the World Health Organisation classify it as a group 1 carcinogen.

It’s time for the EU to adopt stronger air pollution laws that fall in line with World Health Organization guidelines and it’s time the UK Government works on behalf of the health of its citizens and stops trying to undermine this vital legislative programme.

I'll continue to campaign for clean air across and fight against any moves to weaken vital air pollution laws.

Neasden, North Circular Road and Park Royal are areas of Brent which already suffer from air pollution problems and this will be exacerbated by proposals such as the Harlesden Incinerator. Brent Green Party wants to see action at national, London and borough level to tackle the issue.  We believe that within the council a joint approach through the environment and public health departments, supported by transportation and planning, could result in an effective medium and long term solution to the problem.

1)     “Air pollution is a leading cause of cancer”- http://www.reuters.com/article/2013/10/17/us-cancer-pollution-idUSBRE99G0BB20131017
2)     Government report on deaths in UK linked to air pollution: http://www.hpa.org.uk/ProductsServices/ChemicalsPoisons/Environment/Air/
3)     Blog post by Keith Taylor (with links to government proposals to weaken air pollution laws): http://www.huffingtonpost.co.uk/keith-taylor/air-pollution-kills_b_2457096.html
Posted by Martin Francis at 15:16:00