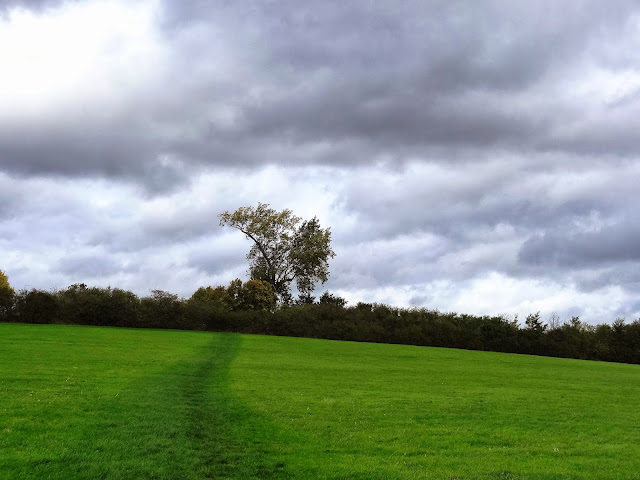 Although the Barn Hill trees I mentioned in my previous post survived this morning's storm unscathed, there was a major casualty across Fryent Way on Gotsford Hill. Two hybrid Italian black poplars have long been a landmark on top of the hill, but alas only one remains.

The trees bent away from each other and were given the nickname 'the quarrelsome trees' or 'unfriendly trees' because they resembled children who'd had an argument and turned their backs on each other.

It was a strange sensation as walking across the fields I realised something was missing from the landscape. The fallen tree was like some great stricken animal, a sensation helped by its rough creviced bark that resembled an aged elephant's skin.

A passerby walking with his wife and daughter remarked, 'We'll have to call it the lonely tree in future.'

The Lombardy sycamore avenue on Barn Hill was barely touched except for the loss of a few small branches and continues to rise above the oaks of Barn Hill. 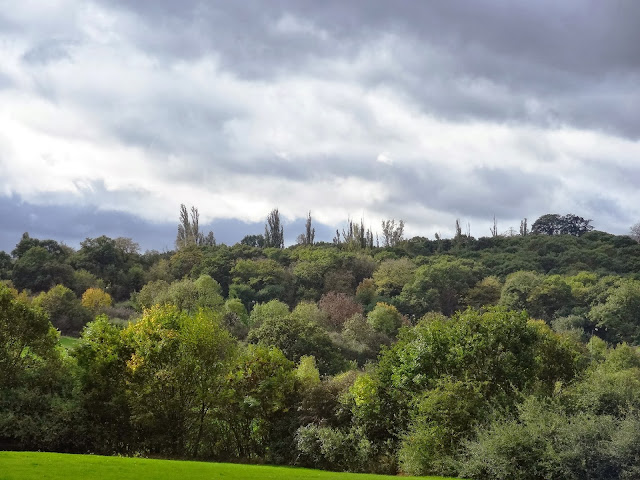 Some oaks were damaged losing huge branches heavy with leaves and acorns, but I saw no uprooted oak trees. 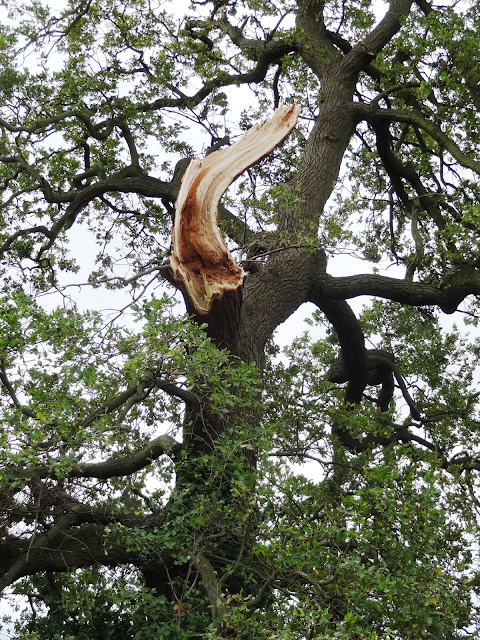 The willows were buffered by the gales but only lost small branches. If gathered up and planted these will root themselves. 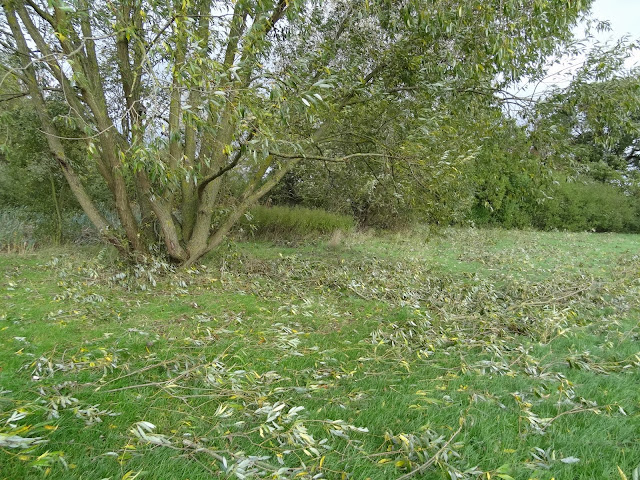 Some of the trees that seemed ripe to fall remain standing. This tree on Hell Lane/Eldestrete has been leaning at a dizzy angle for some time - and continues to do so. 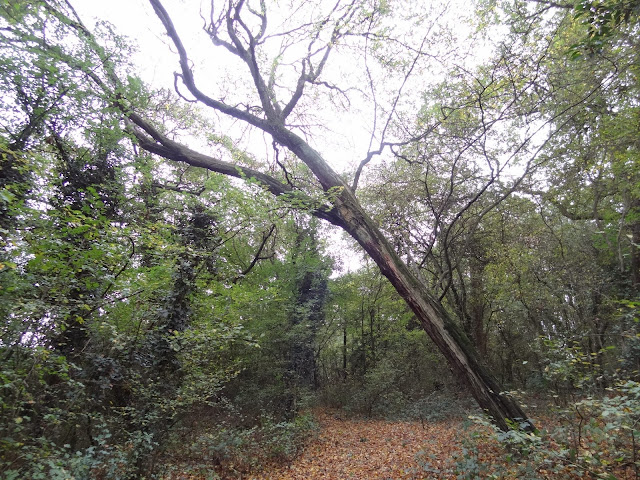