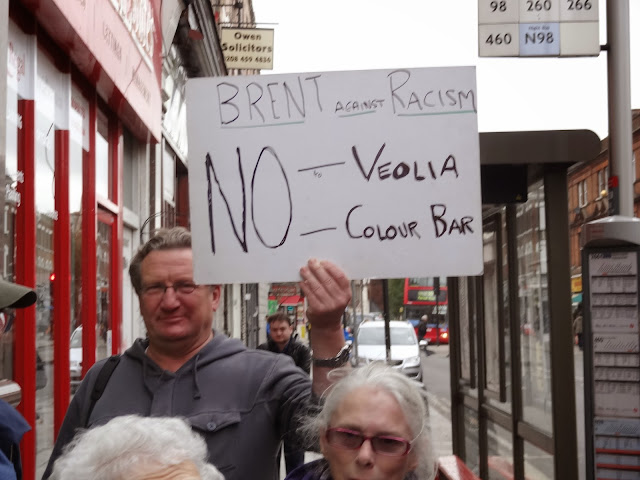 On top of the 266 bus returning from the Harlesden Incinerator protest I spotted a Brent Housing Action picket outside the National Estate Agents. The protesters were drawing attention to the discriminatory practices of the lettings agency revealed by the BBC.  The picket was supported by Kingsley Abrams, Unite executive member, and one of those competing for the Brent Central Labour nomination today.

The office remained closed and barred.

Pickets are set to continue and an official complaint about the racial discrimination is to be made to the police.

Stay in touch with the campaign on Facebook LINK