Day of Action for appropriate Early Years education: Too Young to Fail 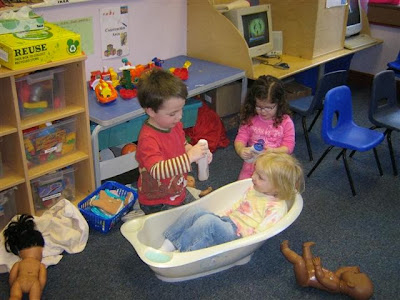 The Too Much Too Soon Campaign has called a Day of Action for October 30th over the Government's plans for early years education.


To stop all developmentally inappropriate educational policy-making in the UK

To call for
Core Messages
Activities

Wonderful plan for a Day of Action on 30th October. This has to become a huge movement. It isn't logical though to say until the end of Key Stage One, for this is is about formal learning. Expressions like Key Stage One are part of a way of looking at education that is pernicious. And it isn't just about early years schooling. What is it about 80,000 children in the UK who have mental depression? This is clearly being caused by inappropriate concepts altogether. Yes, too much, too soon. Too few stories, too little movement, not enough singing and practical activities .Health and zest for life in our children is being suppressed. This campaign is so pressing and important.

yes - we are still in the UN Decade of Education for Sustainable Development, believe it or not! Without genuine education how can we have genuine democracy..