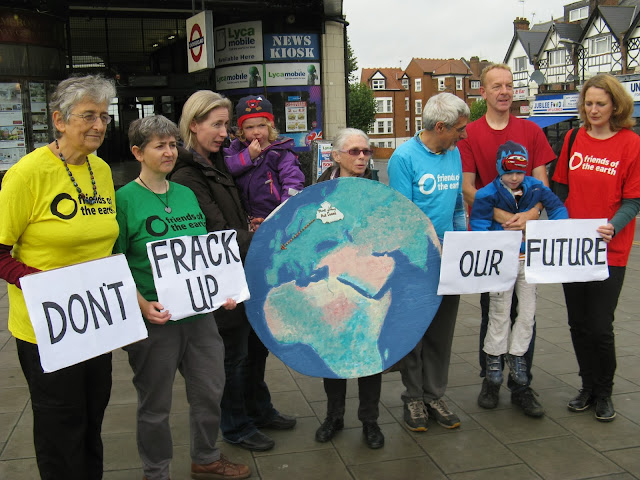 Brent Friends of the Earth's protest against fracking outside Willesden Green station garnered support from many residents who were opposed to the environment damaging process. Brent Council didn't quite get the purpose of the protest, stating deadpan that there were no plans to frack in Willesden Green and that clay was an unsuitable fracking medium.

The campaign is aimed at increasing awareness of the issue and getting politicians across London, councillors, Assembly members and MPs,  to commit themselves to oppose fracking.  Campaigners heard that one local councillor had received 50 emails on the day that the protest had been announced.

Despite the Council's statement, there are fracking possibilities nearby: Barnet Friends of the Earth are campaigning about a possible site in Edgware. The process uses huge amounts of water and areas of high population need all the water they can get. They also need clean water and fracking threatens to contaminate our supplies. The water table does not stop at borough borders. 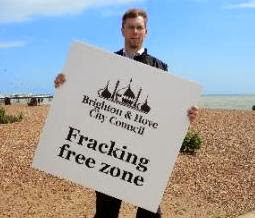 The campaign is reminiscent of the Nuclear Free Zones that local authorities adopted a few years ago. The Council and other London boroughs could make a political and environmental stand by declaring Brent a 'Fracking Free Zone'.