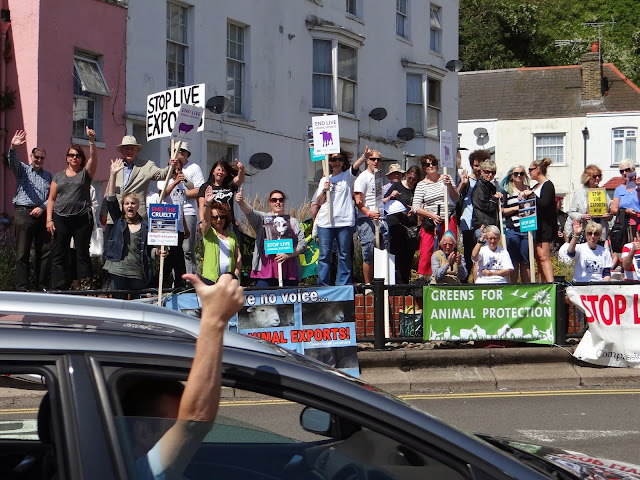 The Metropolitan Police have been accused of ‘spying’ on a Green Party councillor in Kent.

The majority of entries relate to Driver’s role as an organiser of a campaign protesting against the export of live animals from Ramsgate and Dover ports. One record notes a meeting in support of equal marriage organised by Councillor Driver.

The records released to Driver by the Metropolitan Police after he submitted a Data Protection Subject Access Request include 22 database entries covering the period June 2011 until June 2013.

Keith Taylor, Green Party Member of the European Parliament for the South East, will write to the Metropolitan Police insisting they delete the records.


It beggars belief that the Metropolitan Police have been recording the lawful activities of an elected councillor working in his community. Surely police officers have better ways to spend their time.

This revelation follows the folly of the Metropolitan Police’s long-running obsession with keeping tabs on environmental activists. All too often they are wasting taxpayers money.

There’s no doubt that the Metropolitan Police should remove these records of Ian Driver from their database.


A friend advised me to submit a data access request after I told him about how the police were taking photos and car number plates of everyone attending anti-live animal exports demonstrations. When I got the results back, I was flabbergasted. There was a page and half of database entries taken from what I believe is commonly known as the “Domestic Extremism Data Base” which is held by the Metropolitan Police.

All of the activities I have engaged in during the campaign against live animal exports from Ramsgate and Dover have been perfectly legal and above board. I simply can’t believe that hard pressed Police forces would waste time and money spying on me simply because I have exercised my democratic rights to peacefully protest and speak out against a brutal and barbaric trade.

I was amazed to note that one of the records mentions a meeting I organised in support of Equal Marriage at Margate in 2012. This is something which the Prime Minster, the Deputy Minister and Leader of the Opposition of this country all support, but for reasons unknown to me the Police decided that my act of organising this meeting should be recorded in a database used for spying on extremists and subversives. You couldn’t make this nonsense up