Would you choose a school recommended by this man? 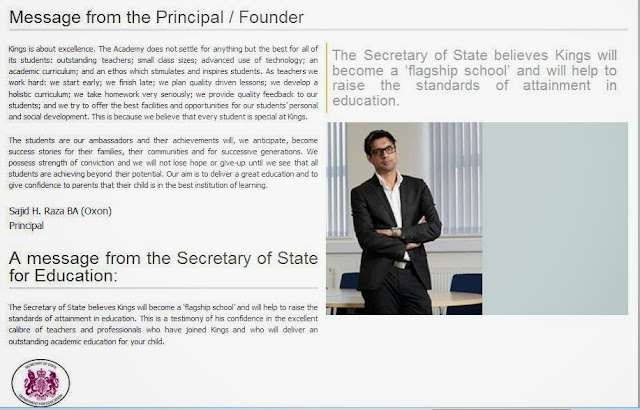 The message from Michael Gove above appears on the website of the Kings Science Academy, captured by me today in case it disappears.

The Independent today carries a story that Michael Gove has been accused of covering up allegations of £80,000's worth of financial irregularities at the school.

Michael Gove is a great fan of Katharine Birbalsingh who is presently touting for custom for her Michaela Academy Free School which is due to open in an old College of North West London buiilding next to the railway line at Wembley Park next year.

Rumour has it that she is having difficulty in recruiting pupils.
Posted by Martin Francis at 19:44:00