At Last! Muhammed Butt breaks silence over Euro2020 Final mayhem - was it worth waiting for? 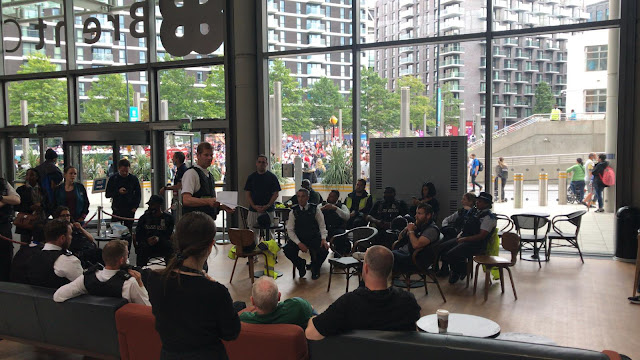 Cllr Muhammed Butt, yesterday broke his silence over the violent scenes at the Euro2002 Final at Wembley Stadium - two weeks after the event and announcements from the police, UEFA and the FA of their own inquiries.

Cllr Butt did not refer to the Scrutiny Committee's recommendation that Brent Council set up its own independent inquiry on the Council's role. The recommendation was not on the last Cabinet agenda. Neither did Cllr Butt refer to the claim LINK that the FA did not want a large police presence at the match because 'it's bad for optics' or that Brent Council, Quintain and the Football Association have an 'uncomfortably close relationship'.

This is Cllr Butt's statement as it appears on the Council website::

We welcome the independent review, announced by the FA, to get to the bottom of the scenes we saw at the EURO 2020 Final. It is important that a full and thorough review takes place and that any lessons that can be taken from the events of the England v Italy game are learnt.

The council will be fully participating in that review and will take on board any recommendations Baroness Casey has for activities under our remit.

Kicking the ball into the long grass or passing the Butt?