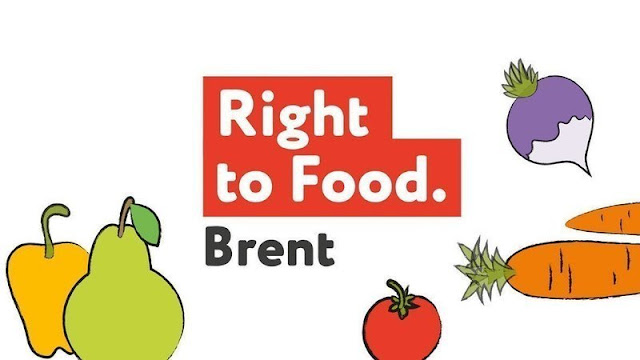 A newly formed group has launched a petition calling on Brent Council to declare Brent a 'Right to Food borough'. The petition is HERE and its explanation below:

We are seeing a crisis of food poverty born out of the political choices and systemic failings created over the past four decades which have now reached a tipping point for so many in our communities. The figures are devastating for one of the richest nations in the world, highlighting the pervasive food inequality in the UK today.

The pandemic has exacerbated existing food insecurity, with a massive increase in emergency Council assistance and the use of Food Banks in our Borough. Sufra NW London food aid reported a 200% increase in demand for food aid during the initial three months of the pandemic alone, and the situation is likely to worsen as the furlough scheme is scrapped and rent eviction bans are lifted. Food poverty is the result of structural injustices connected to health, housing, employment and wider social inequalities. It needs systemic solutions that empower communities with public resources, including land, retail space and procurement directed toward a more just and sustainable local food system.

Brent Right to Food was launched on Saturday 10 July with the aim of bringing together the various community initiatives seeking to address food insecurity in our Borough.

We ask Brent workers, residents and communities to join our call for

(b) the development of a Brent Food Justice Strategy in partnership with local food organisations that can ensure all Brent residents have access to affordable, nutritious and culturally-appropriate food every day of the year across their whole lifetime