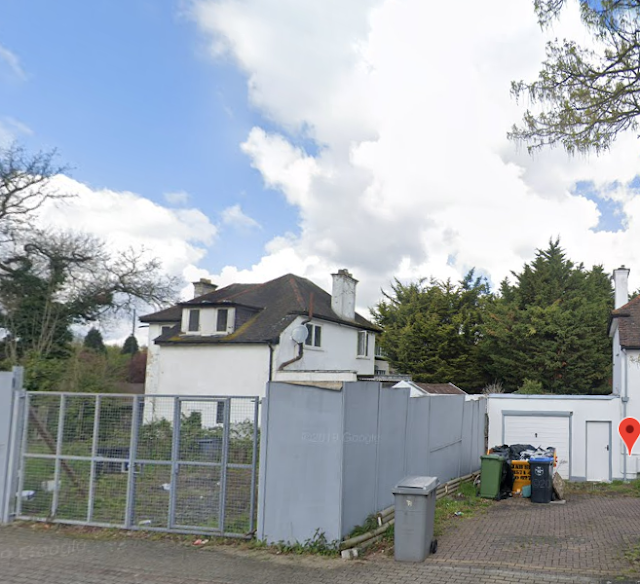 When plans were put forward for the demolition of a detached house, 44 Queens Walk, at the corner of Queens Walk and Salmon Street, Kingsbury, it was met with some opposition because it would be replaced by a block of flats. Residents were concerned that it was out of keeping with the fairly uniform white painted houses of Queens Walk and would open the way to similar developments ,spoiling the suburban character of the area. LINK

Brent Planning Committee agreed the demolition and the new block. The two mature oaks on the site were preserved.  The new development is now almost complete as you can see below.  I understand that an offer to paint the block white ,so as to be in keeping with the rest of Queens Walk, was rejected by planning officers, presumably on the grounds that the modern corner plot block would 'make a statement'.

The new block, named Krishna Court, has its pedestrian entrance on Salmon Street while its car park and vehicle entrance is on Queens Walk, further separating it from that street. 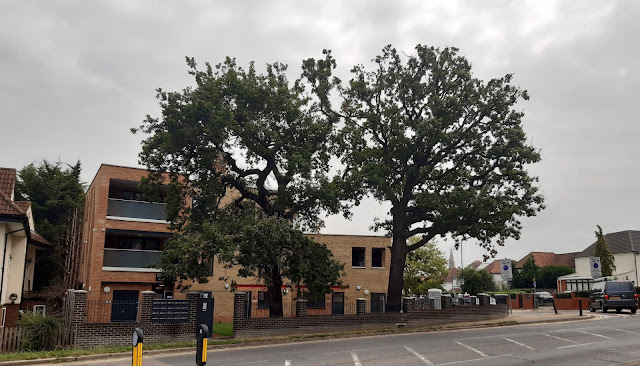 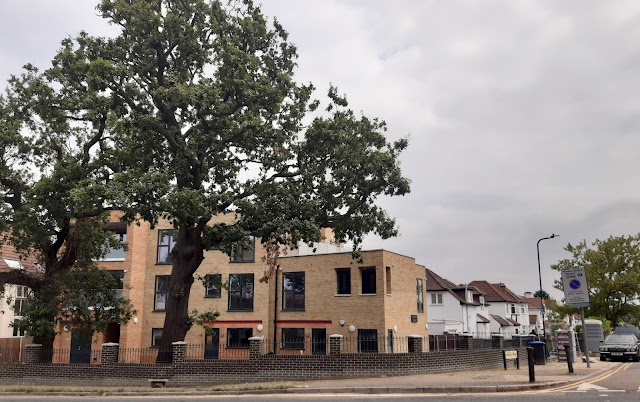 The suburban detached houses of Queens Walk in the background 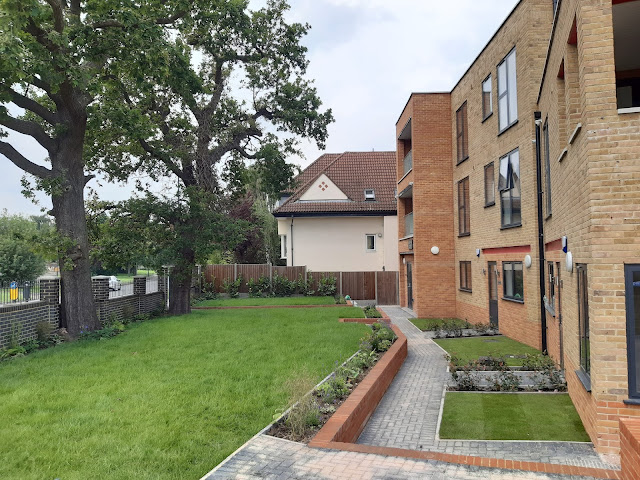 The gardens of Krishna Court

Who is the Developer and what connections do they have?

Wonder who the land is registered to?

One of the letter boxes fixed into the wall at the Salmon Street entrance is labelled 'Landlord' so presumably built to rent. Land register?

I've probably made a similar comment on this development before, but this is Brent Council's adopted Core Policy on planning applications in suburban areas of the borough:-

'CP 17 - Protecting and Enhancing the Suburban Character of Brent

The distinctive suburban character of Brent will be protected from inappropriate development. The council will bring forward design guidance that limits development, outside of the main town centres and away from corner plots on main road frontages, which would erode the character of suburban housing. Development of garden space and infilling of plots with out-of-scale buildings that do not respect the settings of the existing dwellings will not be acceptable.'

This development clearly went against that policy, and Brent's Planning Officers were wrong to recommend that the application was 'acceptable'.

The replacement building seems not out-of-scale for the site.

The fact that a developer will make a packet of dosh is what drives construction, other than when the state builds things. The same thing would have happened when the surrounding housing were built, presumably in the 1930s.