These upcoming elections for Leadership come unexpectedly and at a crucial time for the Green Party; we face the ever-growing climate emergency and if ever there was a time for a strong, focused and effective Green Party, it’s right now.
As Co-Leaders we have very different skills, knowledge, work and life experiences to bring to the role; what we do share though, is the determination to unite and lead the Party with common sense, for a common purpose.
Our focus will be on the core concerns of the Green movement and the Green Party:
- campaigning to protect the health of our home, the earth
- campaigning to elect Green councillors and MPs to help bring this about
Our focus will also be on bringing the Green Party together:
- exploring the ways to deal with the issues that divide us, because there is far more that unites us: the health of our home and the health of our Party, matter to every member.
- ensuring a culture of openness and productive engagement with one another, so that our diverse membership can feel informed and involved.
About us
Tina Rothery:
When I discovered that Martin would be willing to run with me as Co-Leader, most of my concerns left me. I have the utmost respect for his length of service to the party and more than anything else, his honesty, integrity and commitment to fairness.
What Martin brings with his rich party knowledge, I will add to with my experience of environmental campaigning. Although my actual career has focused primarily on communications as a reporter in Hong Kong, broadcaster in Luxembourg, writer in Spain and copywriter in the UK, it is this last decade in the environmental movement that has provided the more useful skills: movement building, working across divides, creatively addressing problems and ensuring a presence in every arena relating to the issues; from political, to grassroots and neighbourhoods.
As a campaigner I co-founded the group ‘Nanas UK’, bringing together a specific demographic to commit to the task of stopping fracking. UK Nanas helped raise the profile of the anti-fracking movement by touring the country, hosting and attending events, taking part in actions and securing endorsements and media coverage from Emma Thompson, Vivienne Westwood, Bez (Happy Mondays), Mark Ruffalo and of course, the Green Party. Our campaign continues until there is a full ban on fracking. I believe ‘Nana’ is a transferable skill in this GPEW leadership campaign

My roles within GPEW include running in two general elections (George Osborne in Tatton and Mark Menzies in Fylde) and I am currently the co-chair of Blackpool & Fylde Green Party. Up until Brexit, I was employed as Social Media Officer for Gina Dowding (former) MEP for the North West; an incredible role that took me to Brussels and allowed me to participate in a host of activities including participating in the plan for a North West Green New Deal.
Greta Thunberg accurately said ‘our house is on fire’ and I see the Green Party as the only political party that has the extinguisher (and that we need to set the example by getting our own fires under control). 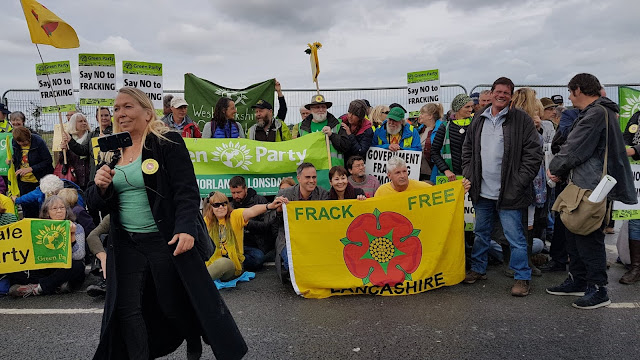 Martin Hemingway:
This election was not expected. Standing in it was not a realistic plan until conversations with Tina coalesced into a determination that something had to be done, and that we were the team that could re-establish the credibility of the Green Party in the face of the climate crisis.
I bring to the partnership fifty years of political campaigning experience, including 12 years as a councillor on Leeds City Council, the second largest council in the country. Experience in formulating and carrying out policy; experience of a wide range of governmental and non-governmental organisations, experience of meetings, hustings, television and radio, including a speaking tour of Japan as Chair of UK Nuclear Free Local Authorities.
In the Green Party I have been a lead Euro candidate, coming close to election in 2009, a General Election candidate five times, a City Council candidate many times; all with hustings, meetings and extensive media work. Some of my past interviews are on YouTube.
Perhaps also of importance I bring over ten years of active involvement in the governance of our Party, as a member of GPRC, and as a member of SOC. Experience of many of the problems in the Party, but experience that has brought me close to a lot of members, and has, I trust, demonstrated my honesty. Preparation of agendas for Conference has brought me close to policy concerns of members, and involvement on the equivalent committee for the Global Greens conference widened the range of concerns.
I bring nearly twenty years of work in my local party and in my region, in roles ranging from Local Party Support to Co-ordinator, getting to know my own region and its local parties well.
I started out as an archaeologist, and a PhD on the period of the last glacial maximum gave me an early introduction to climate theory. I retrained to teach Geography, and then retrained in Law, including Legal Practice. I have taught in schools - mostly in deprived areas, in university, in adult education.
This is us and we look forward to the election ahead and hope we can earn your vote. 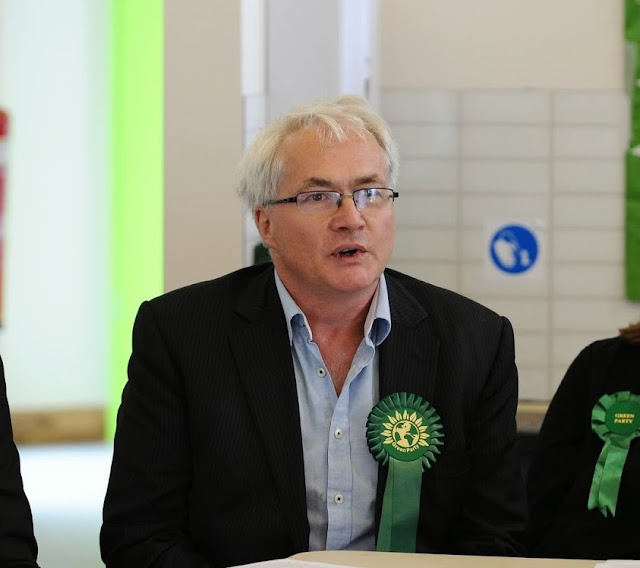