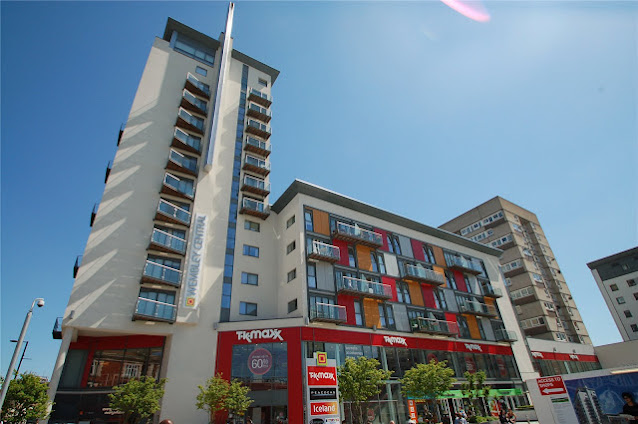 Barry Gardiner MP (Labour Brent North) in a welcome intervention yesterday raised the issue of the St Modwen development in Wembley Central Square in the House of Commons debate of the Building Safety Bill.  SEE LINK to previous post

I am not sure what is worse for leaseholders: the fact that they are in constant fear because their homes are not safe, the fact that they cannot afford to make them safe and are being harassed by greedy managing agents, or the fact that they are trapped in their flats without any easy option to sell and move on with their lives. Today’s statement and the Bill do not fundamentally change that for all the reasons the Father of the House, Sir Peter Bottomley, set out in his brief but excellent speech.

During the passage of the Fire Safety Bill, Ministers promised that these issues would be addressed in the Building Safety Bill. Lord Greenhalgh said:

“building owners are responsible for ensuring the safety of residents”, and he said that they should

“protect leaseholders from the costs of remediating historic building defects.”

Extending the scope and duration of the Defective Premises Act 1972 in the Building Safety Bill shows that the Government do not understand the extent of the problem. I ask the Minister to explain to my constituents who live in the Wembley Central development how it will help them. The original developer of their homes, St Modwen, has washed its hands of these defective properties. It sold them to an offshore company in Jersey in 2018, following the introduction of the new building regulations. It was in partnership with Sowcrest, which is now in a very convenient liquidation. So who exactly does the Minister think my constituents can chase here? What are the Government prepared to do about buildings with obscure corporate ownership?

I first contacted St Modwen in 2017, immediately after the Grenfell tragedy. It repeatedly assured me that the buildings were safe and in 2018 confirmed in writing that no fire safety defects had been identified. I am now told that the cladding on this building is the same as that used in Grenfell Tower and the fire safety report has identified fire stopping defects throughout the construction process. In May this year, St Modwen agreed to a takeover bid of £1.2 billion from Blackstone. Can the Minister tell me how this Bill will make them accountable for their actions? It was not the leaseholders who decided to use flammable cladding or to leave out fire stopping in voids or cut corners—developers made those decisions. My constituents have neither the deep pockets nor the legal expertise to fight these corporate chameleons, who start off in London and end up in Jersey as a different company. This Bill shows that the Government either do not understand or do not care. The companies can afford lengthy litigation; leaseholders cannot.

Finally, the Minister must explain why there is so little progress on the building safety fund. I wrote to St Modwen on 23 June. I still await a response. I have written to Fidum, the new managing agent for the new owners. I asked it about its application to the building safety fund for the removal of unsafe cladding. I have received no response, but Fidum now tells residents that it missed the closing date of 30 June for the second application because it is still waiting to have eligibility—