Wembley Hill Road application: Quality of life of residents versus the demands of Wembley Growth Area - a fair balance? 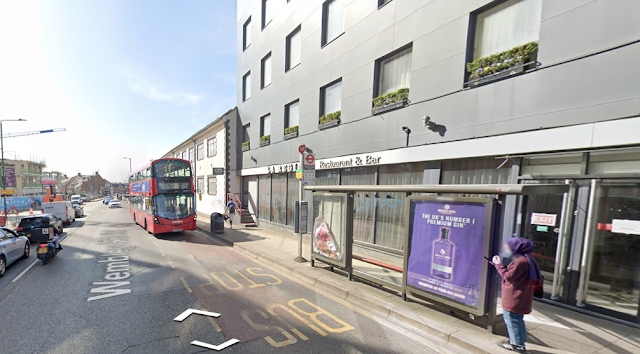 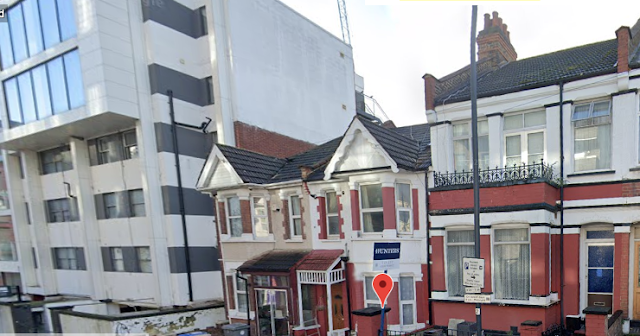 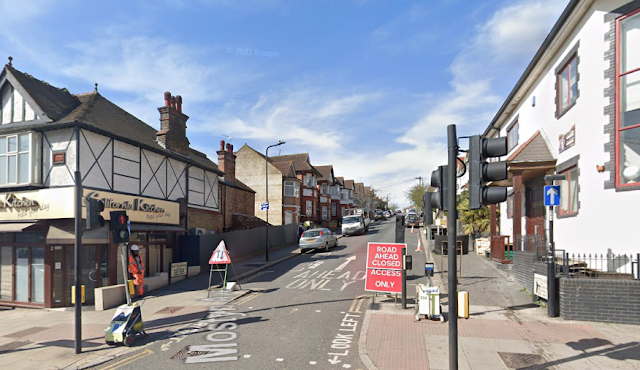 There are no huge Wembley Park developments on the agenda for Wednesday's Planning Committee but this one for the ex-Allied Irish Bank building and the St George Hotel sums up some of the issues  facing long-standing local residents, too readily dismissed as NIMBYs, when the Wembley Park development begins to spill over into their streets and overshadow  their traditional 2 storey dwellings.  Gradually new developments appear to be creeping up Wembley Hill from Wembley Hill Road.

The proposal adds a floor to  the St George Hotel and demolishes the Allied Irish Bank building to make way for an hotel extension and a two storey basement.

In this case planners cite the Wembley Growth Area to justify the impact on the residents (my emphasis) :

Overall given urban context of the area and dense nature of development in the area the proposed development would allow for an appropriate relationship with the neighbouring properties within the vicinity of the application site. The NPPF outlines that  local authorities should take a positive approach to applications for alternative uses which is currently developed but not allocated for a specific purpose and applications for alternative uses on the land should be supported, where the proposed use would contribute to meeting an unmet need for development in the area. There is some expectation for the development not to fully comply with the daylight and sunlight guidance given that the site is located within the Wembley Growth Area whereby additional height is expected when considering the surrounding context of traditional two storey dwellings to the west of the site.

The additional storey above Crown House would increase the degree of impact on the amenities of the occupants of No. 1 Linden Avenue beyond that envisaged within SPD 1when viewed from their rear garden in terms of overbearing appearance and sense of enclosure. However, the impact must be balanced against the benefits of the scheme. The proposal would contribute towards providing visitor facilities within the Growth Area meeting the objectives of both local and regional policy.

There are only 5 comments on the proposal  (all Object) and three of those, unsurpisingly, come from 1 Linden Avenue.  When you read the comments, as for other applications, it is as if the planners and residents occupy two different universes: This is one set of comments:

The demolition of the existing building will cause serious health and safety issues for the local residents, neighbours and my family, as being an old building the amount of dust and pollution can be detrimental effect on health of my elderly retired parents and their grandchildren (who they babysit). Also being an old building I would like to see the asbestos reports and require assurances that if present it will be disposed of according to Health & Safety laws. The time and duration of the demolition will be on-going for a substantial period of time and also will create unnecessary noise thought out the day. Another note is that I am worried about the vibrations from the work being carried out.

With regards to the proposed building the block will overlook our property and with the amount of new levels this will invade our privacy even more than it is already, as it will be able to look onto the back of the house and will certainly impact on the peaceful enjoyment of our home and garden and the building will be visually overbearing. It is an inappropriate design for this part of the road and such a large building would be totally out of keeping with the neighbouring properties.

Parking restriction are already in affect and the limit of spaces is already scarce since the hotel has been using residence bays for their patrons. Currently, the terrace road is already busy and congested so bigger building would mean will be a problem both at night and day.

Please note that I have received this information late, and speaking to other residence they have not even seen any literature for every household that will have an impact by this development. Therefore, I am concerned that not all objections will be aired in time.

Finally, I would just like to add that since the adjacent hotel hs been a hinderance since it has been built, talking to local residence there has been a number of complaints to the council for antisocial and noise pollition in exisiting building thus if owners care little about local residence, they would care even less when this building goes up.

Attending Planning Committee I see time and time again residents' concerns brushed aside and non-compliance with planning guidelines justified for the sake of these 'balances' that officers' cite.

It is interesting that recently objections have not just come from pensioners occupying some of the older properties but from new residents such as those at Shams Court and those in the new tower blocks who find that there are plans for additional blocks wedged between the existing ones depriving them of light and space. Perhaps alliances can be built?

By the way I better mention a condition attached to the recommended consent.  The number of rooms in the hotel will be increased by 63 to a total of 112. Officers are concerned about coaches dropping off customers at the hotel on a busy road and narrow one-way side streets so are calling for a 'coach management strategy.' How practical the proposed arrangem nts are remains to be seen.

The site would not have capacity to accommodate any coach parking. Therefore, any potential coach parties arriving to the site would be required to use other coach parking areas (e.g. those associated with the Stadium) to load and unload guests. A coach management strategy has been required through a S106 planning obligation to ensure the management of coaches arriving on site is conducted appropriately to avoid coaches arriving at the site itself. This would look to contain agreement for nearby car parks such as Wembley Park before coach bookings can be accepted. The applicant would therefore provide a shuttle bus service that would pick up and drop off guests from the relevant coach park. These arrangements would also be secured as part of the coach management strategy.

Absolutely ridiculous idea,parking in the surrounding roads is already taken by the st georges as an overflow car park and the look of linden avenue has been destroyed by this development and cottrell house as well as a massive rodent issue caused by the hotel waste

Brent council is a joke!!! They don't care for residents, they just want to get money from developers and build build build!

If the planning committee was living next to a new development, do you think they would pass it like they have to other developments??

Brent has become a concrete jungle. I can understand that the government want more housing but there are other boroughs who have a lot of land but no development happening. Why is that?

These are just the sorts of views from ordinary local residents that those making decisions at the Civic Centre need to be aware of.

I would encourage you (and anyone else who feels the same over this or other similar applications) to write to your Ward councillors, setting out your views (politely, but firmly), and ask them to help change things.

If your councillors do not reply, or take no positive action in response to your views, them you will have the chance to vote for someone else to represent you in the Brent Council elections next May.