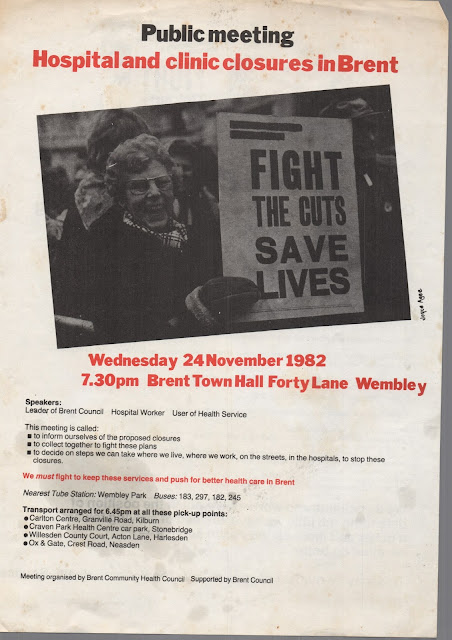 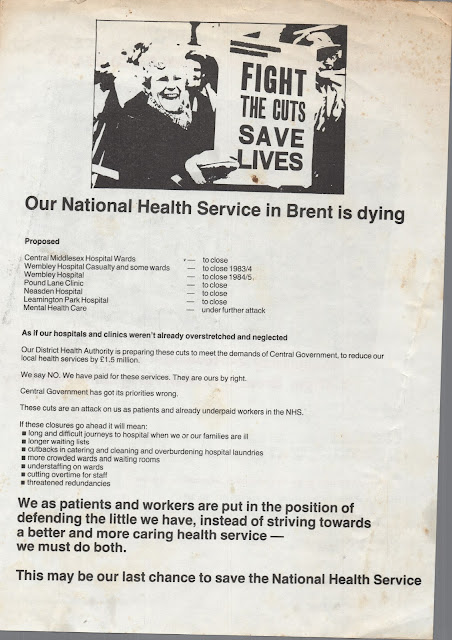 Nearly 40 years on  from the above, the battle for our NHS continues.  Last night was the inaugral meeting of Brent Keep Our NHS Public part of a national campaign against privatisation of the Health Service. Last night, as in 1982, it was supported by some Brent councillors (I am not sure if there is official backing from Brent Council itself).

Cllr Neil Nerva, Lead member for Public Health, Culture and Leisure,  introducing the Trades Council sponsored meeting said that on the doorstep there was currently more concern about  access to NHS services than privatisation, but went on to list the various threats from privatisation. Cllr Janice Long said that not only was it important that this was a cross party campaign but that it should reach a much broader audience.  She said it was important to keep the message simple and was doubtful about the effectiveness of Patient Participation Groups, but GP Jonathan Flaxman urged people to get involved with them to overcome the powerlessness of patients. Cllr Ihtesham Afzal urged more street protests: There is one tomorrow: 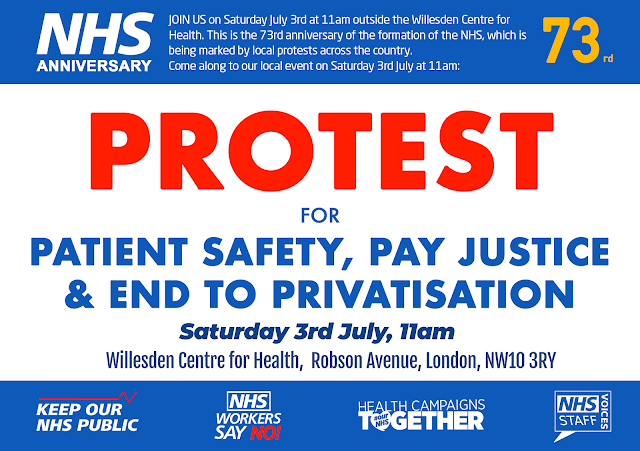 Other councillors who attended were Cllrs Thakker, McLennan, Dar, Kabir and Hylton along with Trades Council members and other activists.

If you would like to join the campaign email:  brentkonp@yahoo.com