I am very familiar with residents saying they haven't heard about development plans and consultations in Brent - sometimes only realising something is afoot when building starts. This consultation has had some extra publicity due to the data breach caused when emails were sent in open format, so that everyone's email address could be seen by all recipients. LINK

Often afterwards the Council will give a long list of people written to, web announcements and consultation events. Those I have been to often attract fewer people than the number of developer/council and public relations staff attending.

This plans covers a wide area including industrial sites around Neasden Lane, the side of the railway and eventually the College of North West London site on Dudden Hill Lane. 'Neasden Stations' is a bit of a misnomer as it covers such a big area. It could take a decade to complete.

'...Aims to provide at least 2000 new homes and employment and support infrastructure to bring the physical and social-economic regeneration of the area.' 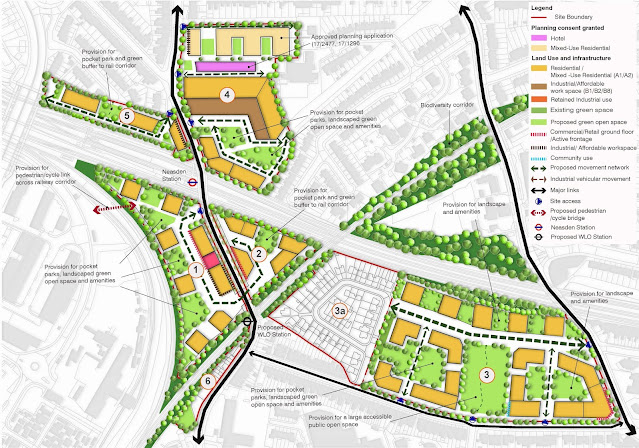 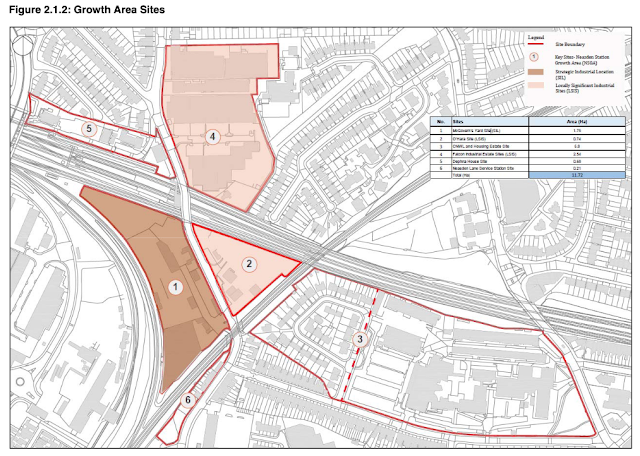 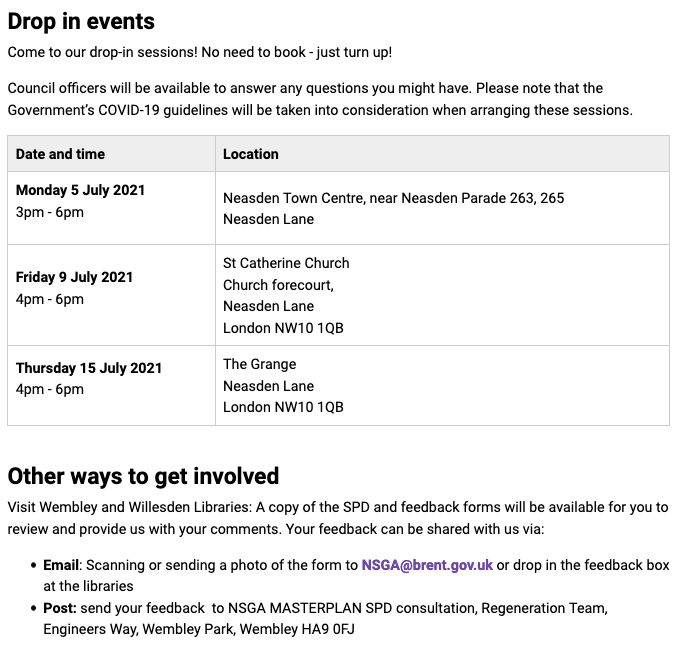 Clearly this proposed development is absolutely massive. Surely it will affect not just the whole of Neasden but Willesden and Harlesden as well.

How long is all this going to take? The traffic on all main roads is terrible. It is quicker to walk from Neasden to Willesden rather than using a bus.

Is the North Circular Road in this plan? The bit from Tesco & Ikea to the Welsh Harp is very dangerous. It seems like there is accidents almost every week. Many times the traffic is jammed from Neasden underground station right up to the top Blackbird Hill. More people will mean there will be more vehicles. What does this plan say about that?

Why has the council people not told everyone about this before ?

They don't give a fig for the people of Brent. If we all went away and were replaced by 20 somethings they'd be delighted as they wouldn't have to provide any services and the new residents would all live in high rise rentals blocks with the poorer residents (key workers) entering the blocks by the poor doors.

Being a 20 somethingb with money to spend in the local area and more of this type of demographic should not be seen as a bad thing for the area. What does "they wouldn't have to provide any services" mean? Seems to be a discriminatory comment against a particular type of lifestyle.