Get out there and celebrate Playday today 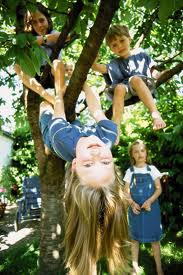 Today is National Playday organised by Play England and the weather has turned out just right for children to get out into the fresh air.  Here is Play England's message about today:


Playday has gone from strength-to-strength since its inception in London in 1987, when the first events were held to raise awareness about the effects of cuts to local play services. Today, over 600 celebrations are happening across the UK to give children and young people a fun-filled day, and to continue to demonstrate the importance of play for children, families and whole communities.


A survey commissioned to support the Playday 2013 Playful places campaign has revealed that traffic, fear of strangers and intolerant neighbours are preventing children from playing outdoors. Additionally, over 50% of adults reported playing out at least seven times a week when they were growing up, compared to less than a quarter of children (23%) today, with 40% of children saying they want to play out more.


However, the survey shows that play has the power to bring communities together; with 40% of adults saying that children playing out where they live improves community spirit, and almost half (45%) saying it helps families to get to know each other. All it takes is one or two families to take the first step; with 60% of parents saying they would feel confident to let their kids play out if others were playing too.


So for Playday 2013, we're calling on everyone to help make sure that children have the freedom and space to play out where they live by:


The Playful places campaign is calling on everyone to help make sure that the places where children play and hang out are great places to play.

The campaign recognises that: